Thanks! Your bid number is 0
Blaine Bishop | 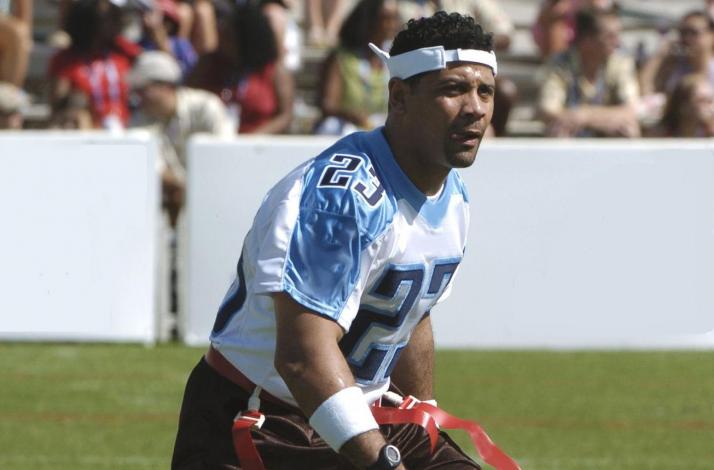 Get on the field with a former Pro Bowler, Blaine Bishop. In this inspiring session, players of all levels are invited to train with the Titans’ former defensive back.

When the Tennessee Titans began the 1999 NFL season, starting safety Blaine Bishop was a man on a mission. The four-time Pro Bowl defensive back would go on to dominate opposing wide receivers, leading his team to a 13-3 record and a berth in Super Bowl XXXIV. Now the former star is ready to teach you the football fundamentals that made him a champion. Blaine invites you to his private mini-camp for defensive backs. Work one on one with Blaine and learn footwork skills required to keep pace with even the quickest receivers. Practice your coverages, cuts, and quarterback reads. Whether you’re looking to take your game to the next level or you just want to play with a Titans legend, this is an unforgettable experience for football fans.