New York Yankees Pitcher CC Sabathia has made 2019 headlines a few times this year, first with his retirement announcement in February and then with making baseball history by joining the 3000 Strikeout Club in May—only the third lefty and 17th person ever to do so, and now by offering rare inside access to Yankee Stadium and to a gala honoring him on behalf of his PitCCh In Foundation in September.

Sabathia’s retirement will not only be a source of league-wide celebration, but a celebration that will still have an impact. On September 16, 2019 CC  and Amber Sabathia’s PitCCh In Foundation is hosting a gala to honor the legacy of the pitcher renowned not only for his impressive stats but also for his positive influence and charity work.

Through his 18 seasons in the Big Leagues, the giant southpaw’s aim was to be a positive influence on any team where he took the mound. The likely first-ballot Hall of Fame pitcher was a six-time All-Star who won the 2007 American League Cy Young Award when playing with the Indians, carried the Milwaukee Brewers into the 2008 postseason, and hoisted the World Series trophy for the Yankees in 2009. Joining the elite 3,000 Strikeout Club during his final season, the honors he’ll receive during this event are well-deserved for this incredible player doing worthwhile charity work with his PitCCh In Foundation.

The PitCCh In Foundation was established in 2008 by New York Yankees pitcher CC Sabathia and his wife Amber to help the communities that have given them so much. Their mission is to enrich the lives of inner-city youth by raising their self-esteem through educational and athletic activities in the New York Tri-state area and Northern California. The foundation showcases three signature programs that provide young people with the tools to be successful in school and on the field: All Star Baseball Clinic, Youth Backpack Program and Field Renovations. CC and Amber were motivated by not only the idea of giving back, but by developing a long-term platform with the foundation to provide young people with the belief in their abilities and to make their dreams become a reality. 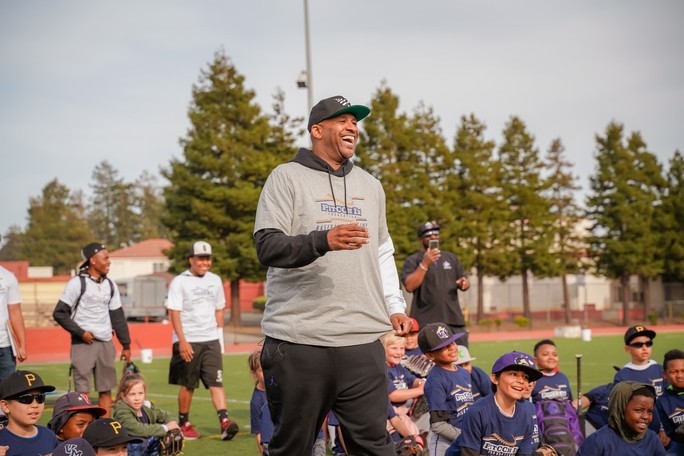 As part of the LegaCCy celebrations, CC Sabathia has opened a special place with a sweepstakes for one lucky fan in the events wrapping his final season:

In addition, for larger donations to the foundation, the pitcher is offering exclusive signed or game-worn memorabilia in addition to the sweepstakes entries.

Want to join the Yankees and Major League Baseball in honoring the legacy of All-Star CC Sabathia?  Donate to PitCCh In and enter the sweepstakes today!