Thanks! Your bid number is 0
Adora Svitak | 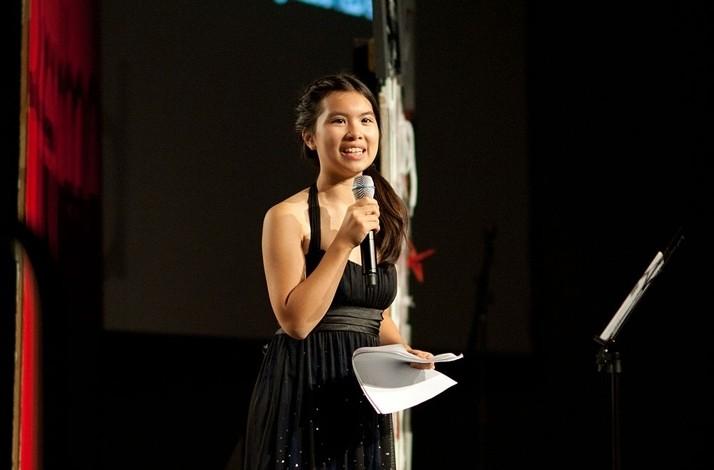 Keynote by a Child Author and the Voice of Her Generation

Prepare to be wowed by the multi-talented Adora Svitak, a child prodigy, published author, and youth advocate who implores adults to get back in touch with their inner child.

Adora Svitak is redefining what it means to be “childish.” The acclaimed author, activist, and public speaker roused audiences with her empowering TED talk "What Adults Can Learn from Kids." Adora is an outspoken thinker who has been recognized many times over. She received a National Education Association's Award for Outstanding Service to Public Education. She was named a Thiel Fellowship semifinalist and has entered and won several contests including the National Education Startup Challenge and the Women’s Media Center’s Girls’ State of the Union video contest. Now at the age of 17, Adora brings her empowering message to audiences around the world.

Campaigning on behalf of kids everywhere, Adora has contributed to multiple leading publications and conferences. She has advocated for childhood literacy, education reform, universal health care, reproductive choice, paid parental leave, and sex education in public schools. She is a featured blogger on Huffington Post, Mashable, and Edutopia. She delivered the closing keynote address at InfoComm 2013 in India and at the United Nations Economic and Social Council Youth Forum Conference in front of Secretary General Ban Ki-moon. Adora has also spoken at companies including Google, Genentech, Keller Williams, and Sun Microsystems.

Adora brings a world of thought and intellect to her presentations, providing audiences with solid evidence and entertaining anecdotes on the importance of cultivating new ways of thinking, for adults and kids alike. Believing that “the world's problems shouldn't be the human family's heirloom,” she argues passionately for change. Attendees at one of her inspirational presentations can expect to leave motivated and assured that our next generation is in good hands.