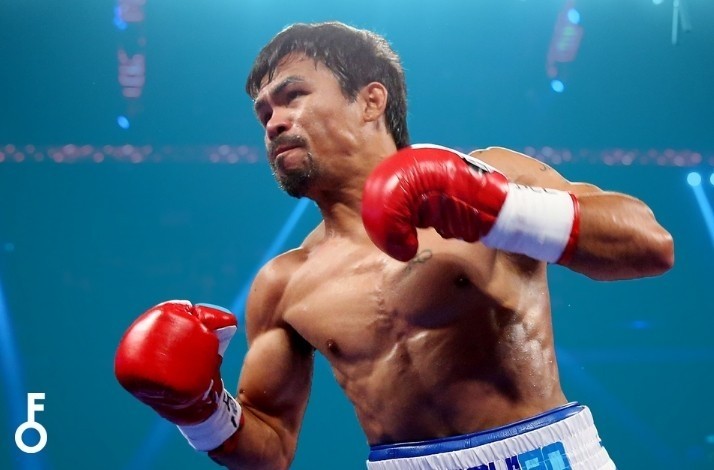 The Fight is on! Manny Pacquiao has announced a summer blockbuster fight against Keith Thurman in Las Vegas on July 20th, and with it a once-in-a-lifetime dream opportunity for boxing fans. Manny Pacquiao is opening his entourage for the three days in Vegas to one lucky winner in support of his charity, The Pacquiao Foundation.

On July 20th, Pacquiao will square off against Keith Thurman in a superfight hailed as a “clash of generations”, with more than ten years’ age difference between the two fighters. They’ll compete for WBA Welterweight supremacy, and training reports and expert analysis are divided as to who’s the top contender.

This is your chance to get inside access to Pacquiao in the fight of the summer. Winners of the sweepstakes get the exclusive chance to spend 3 days as part of Pacquiao’s inner circle, attending events with the rest of his invite-only entourage.

This experience also included a meet and greet photo op with Pacquiao, that he will post to his own social media, and it Includes economy-class round-trip flight for 2 and 1 standard hotel room in Las Vegas for the duration of the experience.

Sweepstakes entries serve to fund The Paquiao Foundation, where the more you donate the greater chance you have to win. Certain donations even offer gifts from Pacquiao, like signed gloves and personal video greetings. Donating $10 makes you eligible for 100 entries into the random drawing for the grand prize. See the official rules to enter without making a donation.

The grand prize will be drawn on July 15th, where winners will be contacted to make travel arrangements.

The Pacquiao Foundation is an extension of the public service and humanitarian work done by the champion boxer throughout his career. He has long supported local communities by building over 1,000 residential homes, aiding in natural disaster relief efforts, funding hospital bills and expenses, and providing food and resources to those who need it most. Working to alleviate poverty primarily in the Philippines, the Pacquiao Foundation aims to build 500 homes in the next 24 months. Your donation makes a difference!