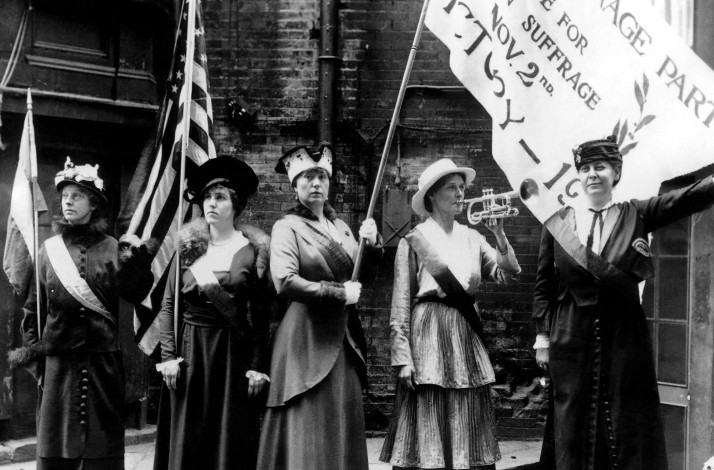 Female empowerment. While one of the top themes for the past few years has been a thread throughout the world for centuries. You would be hard pressed to explore an area of history that wasn’t dramatically impacted by a woman whether she acted behind the scenes or was standing on the front lines. In honor of Women’s History Month, we are highlighting some of the most influential women you may or may not have heard of throughout history. It is somewhat unbelievable to imagine these women made such an impact and are still largely unknown by society at large. Read on to learn about the impact these women made and the legacies left behind. 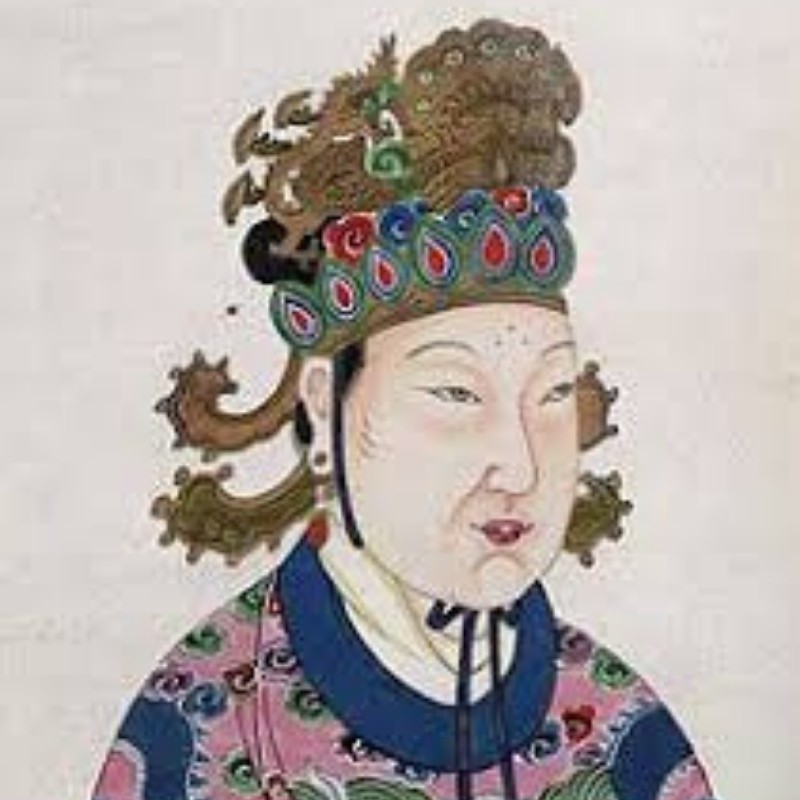 Did you know a woman once ruled China? Wu Zetian rose to power during the Tang Dynasty. Her accomplishments included tax reductions, agricultural production improvements, and pushing back against Confucian prejudices against women. She enlisted scholars to write biographies of famous women and gave her mother’s clan high political posts while trying to establish a new dynasty. Her leadership philosophy was crafted around moms saying the ideal ruler was one who ruled as a mother does over her children. Of course, there are stories of her ruthlessness but modern biographers have said without her legacy, there is a chance the Tang dynasty and the long-lasting unity of China may have never happened. 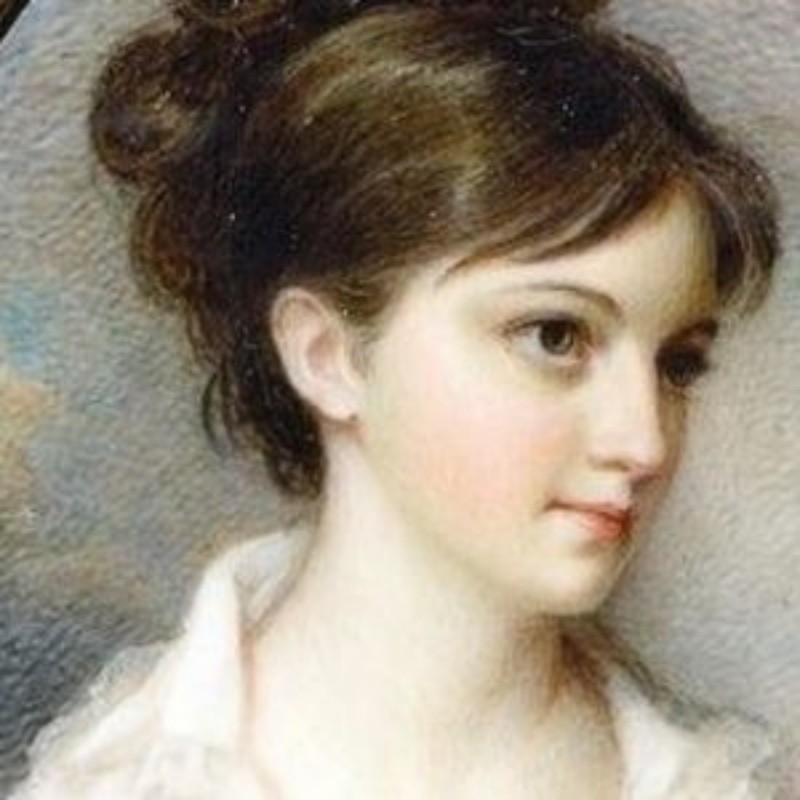 We all know the story of Paul Revere’s lantern system to alert those thwarting the British but there isn’t much around Sybil Ludington who if you can believe it, rode further than Paul in the name of the freedom we have today. At the young age of 16, in the pouring rain, Sybil traveled over 40 miles on horseback to warn others around her family’s New York State home of the British invasion. As is common with most historical accounts, there are those that call her story into question but given that she continued to serve as a messenger throughout the Revolutionary War and received thanks for George Washington, we are going to add her to the list of remarkable females throughout history. 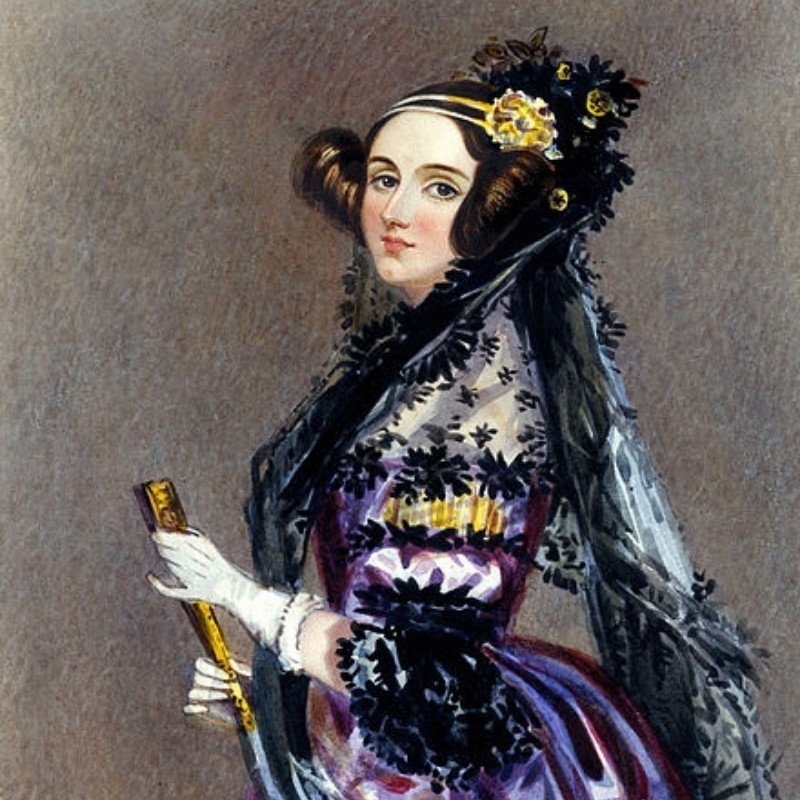 Born into a house of infamy, her father was the poet Lord Byron, Lovelace undoubtedly carved out her own piece of impactful history in the computer space. Tutored in math and science throughout her childhood, she is now acknowledged as the first computer programmer. Credited with the process known as looping, a method for an engine to repeat a series of commands or instructions, which is still used in computer programs in the modern day! Unfortunately, her intelligence was overlooked for most of her life but she began receiving proper credit for her work, albeit posthumously, by B.V. Bowden, who republished her works in the late 1950s. 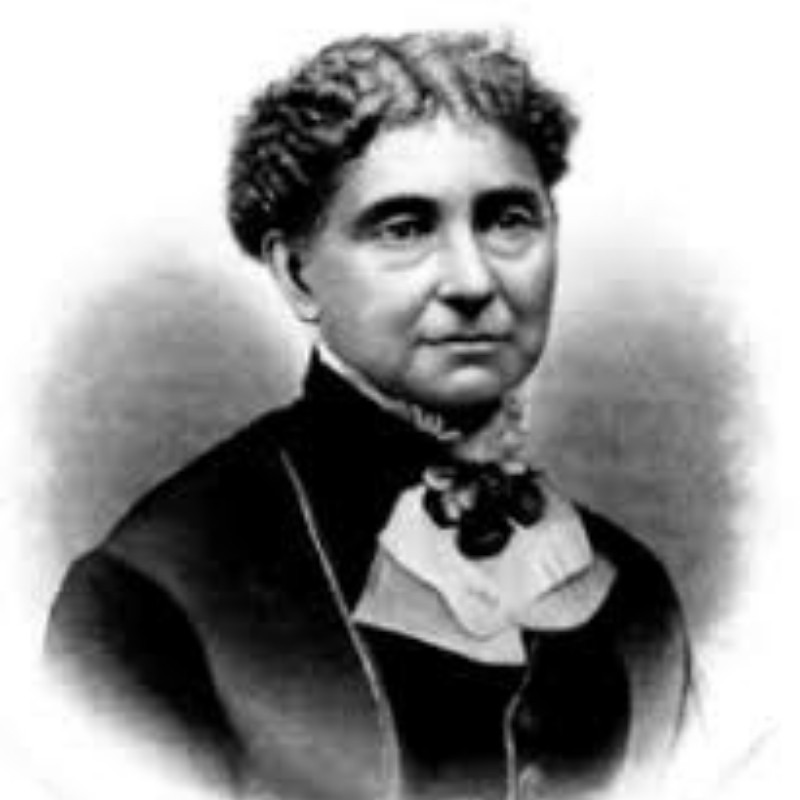 If you enjoy the ability to choose between a skirt or pants, you can thank Amelia Bloomer and the role she played in women’s transforming the way American women dressed back in the 19th century. After marrying Dexter Bloomer she began writing for his newspaper quickly finding herself dissatisfied with the lack of female-focused material.  She quickly created The Lily, one of the first newspapers written, edited, and published by women which focused on women’s suffrage, poverty, and spousal abuse. Additionally, she was a strong advocate for clothing reform, pushing for women to move away from corsets and petticoats to flowy tops, shorter skirts, and even pants. Her biggest claim to fame? Her tireless work to support the women’s right to vote helped Ohio women achieve voting equality in 1873. 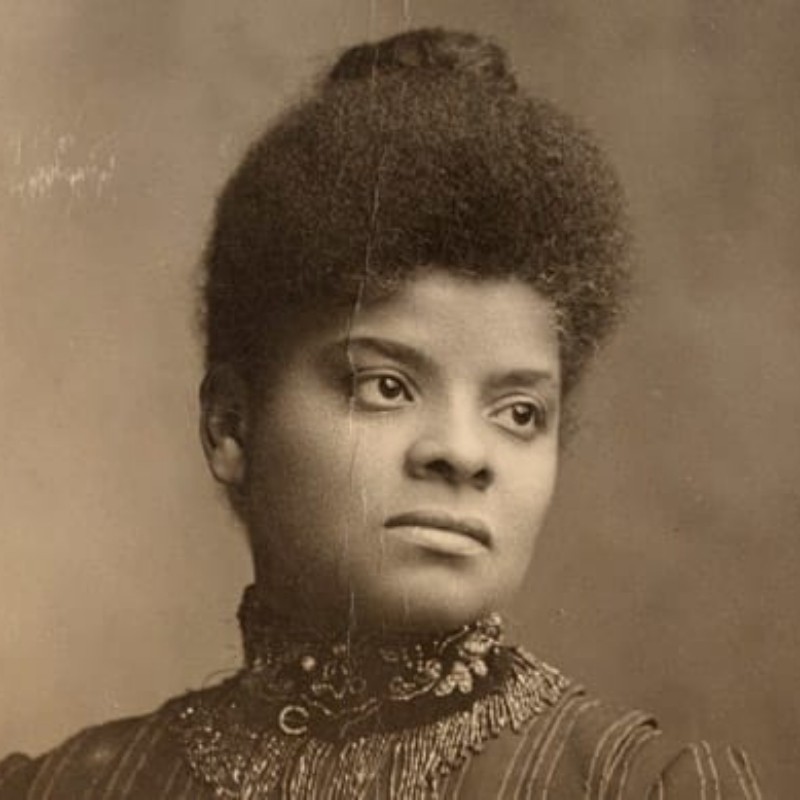 Born into slavery in Mississippi, Ida was freed by the Emancipation Proclamation during the Civil War. Losing her parents and brother by the age of 16, Ida moved to Tennessee and began teaching in the 1880s. In addition to teaching, Ida co-owned the newspaper, Memphis Free Speech and Headlight. She focused on shedding light on the lynching in the United States and the barbaric practice being used in the South against African Americans. Those upset with her journalism, destroyed her office and presses, causing her to ultimately move to Chicago. She led a protest to Washington DC, requesting that President McKinley make reforms to the treatment of African American and the use of lynching as punishment. 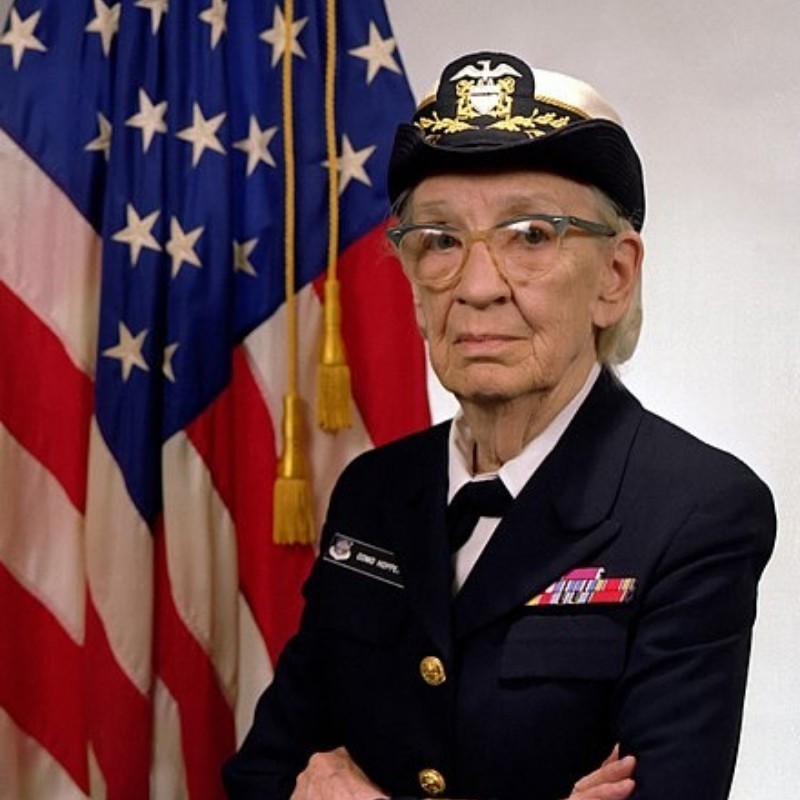 Known for being the first woman to earn a Ph.D. from Yale University in 1934, Grace Hopper has even more accomplishments under her belt. After teaching at Vassar, she enlisted in the Navy during WWII where she was focused on programming Mark I, II and III computers, popularizing the term “computer bug”. After the war, she was part of the team responsible for creating the first compiler for computer languages which is hailed as the original building block for the Common Business Oriented Language that is still widely used today. The legacy she has left behind is hard to ignore if you are a part of the tech industry. The Grace Hopper Celebration of Women in Computing Conference and the Grace Murray Hopper Award are focused on encouraging and celebrating women in the programming world. 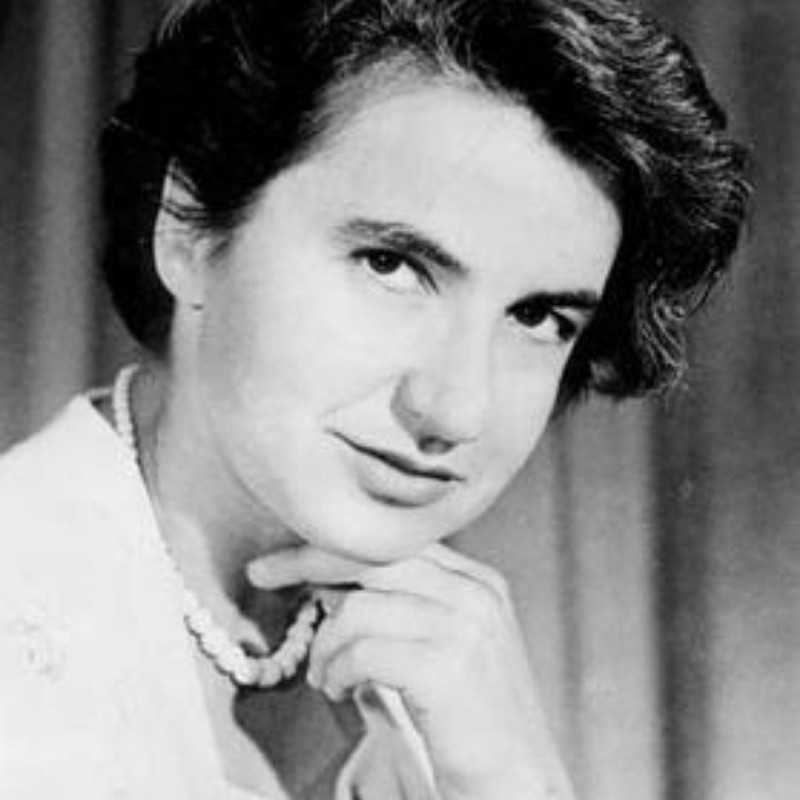 If you open a science textbook, you may be hard-pressed to find Rosalind Franklin’s name, despite the impact she made to modern genetics. Francis Crick and James Watson are widely credited with the discovery of the “double-helix” structure of DNA but it was her work that paved the way. Her experience with X-ray crystallography allowed her to capture photographs of DNA patterns. Her lab partner, Maurice Wilkins (who she did not get along with) shared the images with Watson, without permission, which cracked the code for Watson. Unfortunately, Franklin was never acknowledged for her work before she passed away in 1958 despite the Nobel Peace Prize being awarded to the other scientists, Wilkins, Watson and Crick, in 1962. 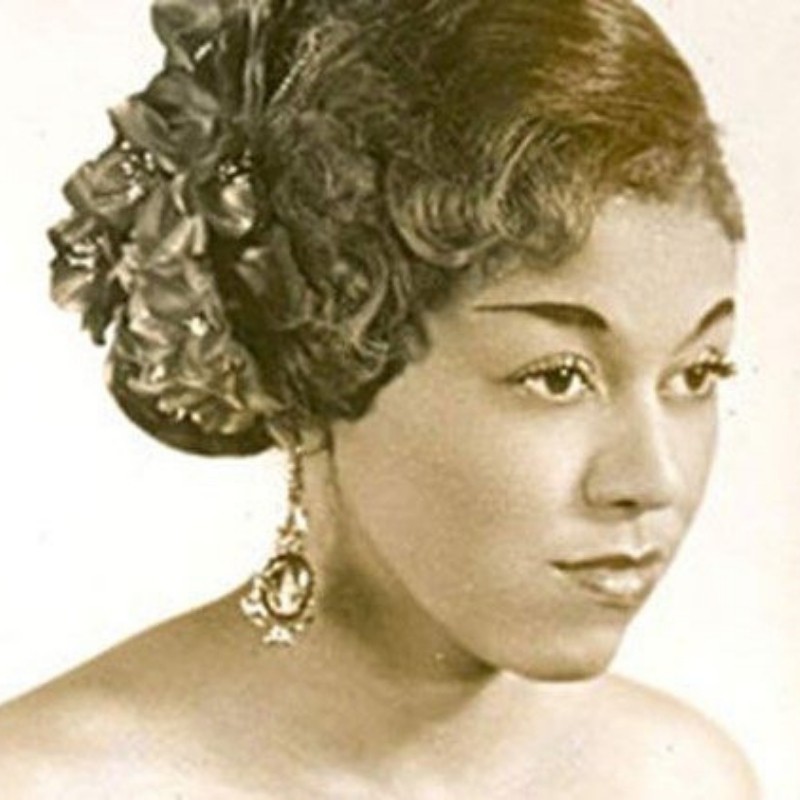 Song lyrics can be powerful enough to make you laugh or cry, a true testament to the abilities of the amazing songwriters. While not always acknowledged for their work, we can all agree the singer wouldn’t have much to go on without the input from these writers. In the 1940s and 50s, Rose Marie McCoy was one of the first female songwriters, originally moving to New York from Arkansas with the goal of becoming a singer. While a great singer, she embraced her passion for songwriting and got her first break writing “Tryin’ to Get to You” for Elvis Presley. She was rocketed to success, securing a private office in the Brill Building, a major accomplishment for an African American woman. She ended up writing songs for Nat King Cole, James Brown, Ike & Tina Turner, and James Taylor. Over the course of her career, she wrote roughly 850 songs, which is hard to believe given her lack of notoriety. 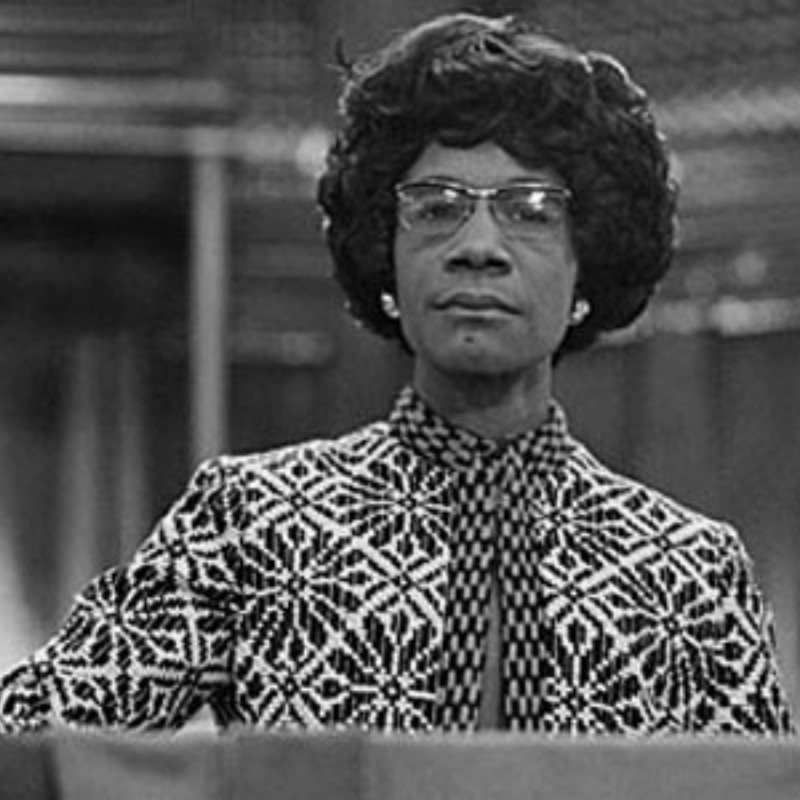 While many people consider Hillary Clinton to be the first female presidential candidate, the title truly belongs to Shirley Chisholm. She was the first woman to run for president on the democratic ticket. Her slogan: “Unbought and Unbossed.” While her run didn’t last long, it is an important milestone in history that historians argue helped pave the way for females in politics today. Shirley was never a stranger to breaking the mold. She also holds the title of the first black congresswoman which she achieved in 1968. Her 14-year role in Congress focused on fighting for minorities, helping improve domestic workers rights, improving education and supporting immigrants. Needless to say, the impact women have had on history is lengthy and we have only scratched the surface in this post. We hope you enjoyed this trip through history and the impact these women had on the life we live today.