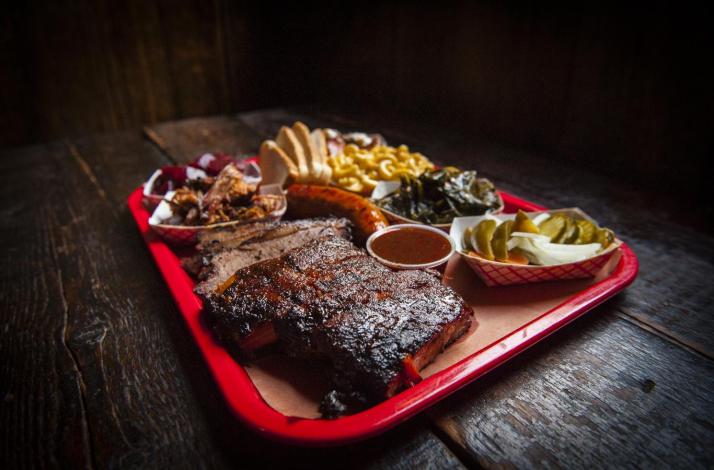 Enjoy a BBQ tasting tour like a boss with several stops in Brooklyn.

Love BBQ? Like a Local's got you covered with BBQ tastings at three BBQ joints and dessert. You'll visit Williamsburg Brooklyn's best BBQ joints and enjoy a leisurely walking tour in between stops. Digest while listening to fascinating stories about the history of the neighborhood. Plentiful tastings at each from the following list:

Mable’s Smokehouse: The tour starts at this local favorite. The vibe is southern saloon meets vintage Brooklyn. Artist turned pit master Jeff Lutonsky, opened the restaurant with his actor wife, Meghan Love and they named the place for Jeff’s grandmother Mable, the source of their top-secret sweet and tangy barbecue sauce. Here you'll enjoy a sampler of their best and there’s even an excellent vegetarian option! Beverages not included but order a pitcher of Brooklyn Lager or ask for the Like A Local Tours special price cocktail.

Fette Sau: This critically acclaimed BBQ spot is still more popular than ever even 10 years after it opened in what used to be an old auto body shop. The gutted garage is combination Texas-style BBQ joint meets a Brooklyn beer garden. House-cured meats are served by the pound on butcher paper. You'll be treated to a delicious and fun urban style picnic.

Weekdays - Pies N Thighs: This stop technically isn’t BBQ but you’ll want to make an exception at this world-famous fried chicken spot. Opened in 2006 in the back of a scrappy bar, the current location teems with locals enjoying an elevated version of the fried-chicken box. Spiced with little more than cayenne, paprika, and salt. It’s a new classic.

Weekends - Dokebi: This hidden gem is a highly rated Korean-style BBQ eatery with tableside grills in a cozy ambiance. In Korean mythology, dokebi are spirits with supernatural powers and Like a Local thinks their Hot Stone Pork and Grits qualified as supernatural! Their organic grits topped with braised berkshire pork belly, sunny egg, fresh corn and red bell peppers, and country gravy served in a hot sizzling stone bowl.

For dessert, choose from Milk Bar (celebrity chef Christina Tosi of Top Chef) or a pie at Pies N Thighs.