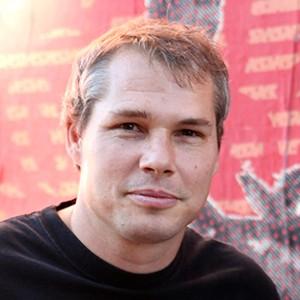 “Question everything” is street artist Shepard Fairey’s motto. As an art student Shepard created the “Andre the Giant has a Posse” sticker that transformed into the OBEY GIANT art campaign, prompting viewers to question their beliefs about propaganda, commercialism, and fine art. His most famous work is his colorful portrait of Barack Obama in the 2008 election for the president of the United States, of which art critic Peter Schjeldahl of The New Yorker called “the most efficacious American political illustration since ‘Uncle Sam Wants You.’” Keeping in line with his activism, Shepard is a major supporter of several charities. He founded the Obey Awareness Program, created original artwork in support of the We Are Human Campaign, and is a supporter of the ACLU of Southern California.

The American Civil Liberties Union (ACLU) defends the fundamental rights outlined in the U.S. Constitution and the Bill of Rights. These include the right to freedom of speech and assembly, the right to religious freedom, due process of law, equality before the law, and the right to privacy. The ACLU of Southern California affiliate has led the charge in some of the most critical events in our nation’s history including advocating for the thousands of interned innocent Japanese Americans during World War II, an unflinching support of Americans' First Amendment rights during the McCarthy era, staunch opposition to the Vietnam War, encouraging Nixon's impeachment, and establishing the concept of an Economic Bill of Rights. We continue to advocate for no less than a nation that lives up to its promise of liberty and justice for all. Stand for justice.

more from this charity

MORE FROM THIS CHARITY